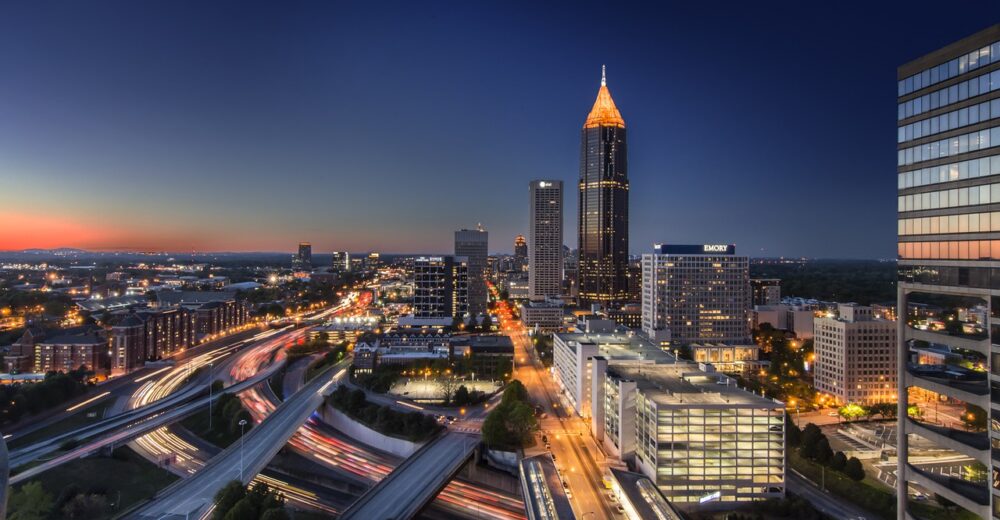 With warm weather most of the year, ample employment opportunities and a high quality of living it’s easy to see the appeal of living in the city of Atlanta or its outskirts. In the last handful of years Atlanta has been attracting the masses as they continue to experience tremendous growth, creating high demand for multifamily housing which is only predicted to increase in the next few years. Known as an iconic American city Atlanta is one of the fastest growing cities in the country. Home to fifteen Fortune 500 companies, Coca-Cola. UPS, CNN and Delta Airlines just to name a few, it is an international hub of culture and media.

The Atlanta multifamily market continues to steadily grow in national attraction. In 2019, multifamily sales volume surpassed investment expectations at $8.1 billion keeping the attention of investors both private and foreign. Rent growth has also steadily climbed at a rate of 5.8% annually coming close to a $1300 threshold which is projected to increase. Forecasts reveal that Atlanta will need over 60,000 new units by 2023 to support this predicted future. Eastside Atlanta in particular seems to be the busiest of the submarkets with 1200 multifamily units projected to be added by 2024 lapping other submarkets in overall performance according to Cushman & Wakefield.

In the midst of all its growth, single-family homes in Atlanta fell into short supply causing an increase in multifamily property demand especially within the suburbs. Due to high costs in rent, many luxury developments started being added even though the median income in Atlanta is lower than the national average. However, roughly 8.5% of the city’s population has an income of over 200,000 a year compared to the national average of 5% making luxury developments an economic choice of interest. With multi-family development surging there are plenty of compelling opportunities for investors.

Since 2017, analysts forecasted that almost 70,000 households of renters would move to Atlanta by 2021. New construction has popped up everywhere, particularly within the suburbs due to saturation in many of the downtown and midtown neighborhoods along with housing costs driving people to other areas outside the city. With a continual growing demand one cannot deny the realities of multifamily investment opportunities.

There are plenty of suburbs to choose from when it comes to the neighboring cities of Atlanta. Depending on what you’re looking for you’ll have all of the major amenities to choose from. Highly sought after schools, greenspace, restaurants, pubs and places of entertainment all accompanied with unique southern charm. You may find that it will be hard to narrow down where you want to settle. Some of the top suburbs developing these multifamily living spaces are Midtown, Middleburg, Buckhead and Beltline. 76 Ralph is an eighteen story apartment tower in Beltline with 359 units expected to be finished by 2023. One of the largest multifamily developments under construction. Vesta Bouldercrest in Middleburg is expected to be completed by the end of the year featuring one to two bedroom apartments and common area amenities within ten miles of downtown Atlanta and a 33 story mixed use tower in Midtown is set to be finished by the end of 2022. These are just a few among many of the top suburbs for multifamily development.

Wherever you may be looking to live or possibly invest, the outlook for multifamily housing in Atlanta looks strong.